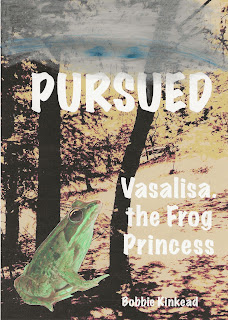 "The bitter fog blew into our Meeting Lodge and threw papers, chairs, and pictures around. Then it blew into our School House, knocking over our desks and chairs. Our books and paper flew everywhere. The fog slowly crawled through the lower yard, then disappeared into the PortHold. I thought this must be death. But for whom, we, the Elfin folk nor Faeries die; we are ageless. Maybe the Trolls die?" Reasoned, Barren Flynn, the Elfin Prince of the OakGrove gardens as this fractured tale begins.
~~~~~~~~~

During my childhood in Colorado, the weather was dramatic with winds, rain, and snow. When living Alaska, there were three days of Autumn: one of the yellowed leaves, next the leaves dropped off, on the third tiresome snow fell. California has either drought or rain. With the rain comes the fog which rolls across the ocean creeps through San Francisco and crawls across the Bay into the Oakgrove gardens. Fog blankets the East Bay quietly and deceptively where the Elves and Trolls live. In the Celtic, the Russian, and Eastern European folklore, FOG is Ole Boneless, the Immortal, Death, who stocks the living. FOG's strange and mysterious appearance makes a perfect nemesis.
~~~~~~~~~

PURSUED is my retelling of the Russian/Eastern Europe fairytale, maybe bits from Chinese folktales called 'Vasalisa, the Wise, a Frog Princess,' which is re-imagining, enhancing, modifying, and elaborating as a folk story with twists and turns of enchantments of many kinds.

Posted by BobbieTales No comments: