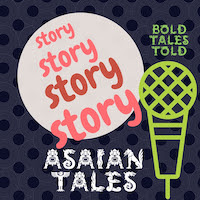 The Ramayana from Sita's View with King Rama and Demon Ravana.

SITA's Ramayana is a collection of verbal stories re-imaged from the Ramayana, a Hindu myth, which I told at the Asian Art Museum in San Francisco. Sita's narrative presents a brief, quick summary of the ancient myth that takes hours to tell. I have as all storytellers do re-imaged, adapted, fabricated, modified, elaborated, and enhanced the stories. 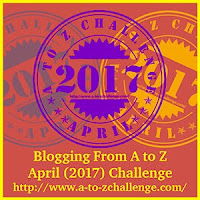 SITA's Ramayana is included in Asian Tales. In April 2017 during the A to Z Blog Challenge, I wrote a story a day, that fit my AtoZ theme Asian Stories, which are posted here.

The full stories will be on my Wattpad.com site.

The full stories will be on my Wattpad.com and available as a PDF from Google.docx.

The great Hindi Ramayana is an Epic Legend of great dharma.

A story of the God Vishnu, protector of the worlds, and Goddess Lakshmi came to save the world from Ravana, the ten-headed and twenty-armed daemon. Rama (Vishnu) is a son of duty and loyalty to his father's words, regardless of the consequences, his dharma. Lakshmi (Sita) the loyal wife of Vishnu in another life raped by Ravana, who she cursed. Now Lakshmi returned as Sita for her revenge on the ten-headed daemon.

Evil Ravana, the ten-headed twenty-armed daemon, as Emperor of Lanka should protect the three worlds only conquers them and takes women as his possessions

Ramayana was orally told for centuries. The classic version was written 2500 years ago by Poet Valmiki with 25,000 verses and took 9 hours to recite. In an over-over-simplified version, I have shortened, modified, then re-image this epic to tell from the point of view of Sita.

The carriage stops by the Ganges River. The old charioteer helps Queen Sita to the sand. She has known him since she became Rama's wife. He escorts her to a boat and loads inside all her belongings. Silently he paddles the boat across the river to the hermit, Valmiki. Sita's belongings are unloaded on the beach. Sita cries as the old charioteer helps her to the beach. He bows to his queen, kisses her feet and leaves.

Anger drove Indra. On his white three-headed elephant, Airavata, he flew to God Brahma, who sat on the lotus flower waiting. “Brahma, how could you allow such a thing?”

To conquer Ravana, Lakshmi comes to the earthborn in a furrow by the Earth Mother to King Janaka of Videha as an earthly woman, Sita. God Vishnu comes to earth in the form of early man, Rama. Rama wins the hand of Sita by breaking a huge bow given by Shiva. None of the other suitors could lift the lid of the chest, let alone lift the bow and pull the string. Sita agrees to marry Rama and Sita's sister marries Rama’s brother Lakshman.

The great Hindi Ramayana is a story of dharma of a son’s, Rama’s, duty and loyalty to father’s words, regardless of the consequences. And a loyal faithful, now banished from the Koshala Kingdom for fourteen years and now Sita abducted by the ten-headed twenty-eyed daemon Ravana for revenge of killing Rakshasas.

Rama’s duty to his father’s words, regardless of the consequences with loyal faithful wife, Sita, and brother Lakshman are banished from the Koshala kingdom for fourteen years. Then Sita abducted by the ten-headed twenty-eyed daemon Ravana for revenge against Rama and Lakshman for killing the Rakshasas.

Sita abducted even though married to Rama an earthy man, by the Daemon Ravana to revenge the killing of his Rakshasas by Rama.

#5 - Daemon Ravana Came from Where?


Each time we visited, Trijata brought me a gift of fruits, perfumes, or fresh vegetables. I finally asked the question, “Where did Ravana come from, and why the ten-heads and twenty-arms?” Trijata said, “This is a long family history from God Brahma, I will tell the best I can.”

“Rama’s ring!” A white-haired, red-faced, brown, yellow-eyed, monkey with golden earrings jumped from the tree and smiled at me. “Faithful Sita. I am Hanuman, son of the Wind. Rama befriended me; I wear the prophesied earrings of helping Rama.”

“Hanuman, a friend Rama’s. Tell me what you know. I am hunger for news.”

Leaving Hanuman destroys Daemon Ravana's city of Lanka before returning to Rama. He is captured.

After Hanuman finds Sita on Lanka, he burns the city with his tail, then he jumps back to tell Rama. The Monkey King Sugriva, the Bears, and the Lions build a bridge of stones and logs across the sea to the Palace of the Deamon Ravana, who brags that these are mere men and animals and can't harm him. He is Rakshasa Emperor and can not be killed. He tells Sita that in four days he plans to kill her. Ravana shows Sita the head of Rama. Her Rakshasa friend, Trijata, said the head was an allusion. Shift changed as a wasp, Trijata will find out and tell Sita what happens. Her husband, the youngest brother of Ravana, Vibhishana, is banished from the court because he told Ravana to give Sita back. He helps Rama, Lakshman, and Hanuman with the battles outside Lanka.


Rama and Lakshman, with Hanuman, the monkeys, the bears, and the lion wait on the Lanka shore ready for the battles with the Daemon Ravana, while Sita waits by the Asoko tree.

Many battles later with many Rakshasas, brother Kumbhakarma, son Indrajet, and now Daemon Ravana, whose obsessed to own a woman, were dead. Sita freed and for Rama. Angi, the Fire God, proved that Sita was the pure, faithful, loyal wife as always.

Indra, the God of the Heavens brought Rama’s father, Dasaratha to witness, and Sita's father, Janaka, presented her again to Rama.

Flowers fall from the sky. Bells Ring!
Rama and Sita flew back to Ayodhya to be King and Queen.
"Rama, Rama, preserver of the worlds,"
"Loyal Sita served you with her heart."

The Ramayana, A Telling of Ancient Indian Epic, adapted by Larry Tominberg for classroom use from 'Spotlight on Ramayana: An Enduring Tradition', pp.12.

http://www.sanatansociety.org/indian_epics_and_stories.htm, 'Goddess Lakshmi' and 'Hanuman,' 5/2003 and on

A Tale of Gods and Demons, 'Ramayana,' text by Rachor Prime, Illustrator B.G. Sharma, Mandala Publisher, San Rafael, CA, USA, 2002, pages 145. (The literally and beautiful of all the text)