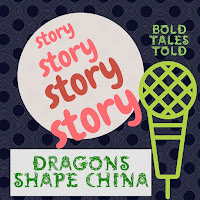 Dragon Shaped China is a fast short of history of China.

As a storyteller, I want adults and children to know why Dragons enabled culture and history through their respect gained and the use of the dragons by the Emperors to declaring their powers in China. If I misrepresent anything, please let me know. 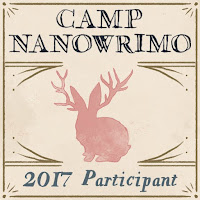 During the month of April 2017 in the A to Z Blog Challenge, and in NaNoWriCAMP I told a story a day, either a folktale, faerytale, legend, myth, or a cautionary tale that fits the in AtoZ theme for the Asian Stories. This set is of ten stories is about Dragon and how they shaped China.


As a storyteller, I wanted visitors and children at the Asian Art Museum in San Francisco and to know why Dragons are important. These verbal stories I told to present a brief, quick summary of the ancient history of the growth of the Chinese Dynasties. These stories tell of the respect the Dragon gained in the Chinese culture. I have as all storytellers do - adapted, fabricated, modified, elaborated, and enhanced the stories.  If I misrepresent anything please let me know. Otherwise, READ and enjoy!

The full stories are on my Wattpad.com site.

The Chinese have told stories of the dragons in the sea, and on land, and in the air for thousands of years. The first drawing of a dragon, without wings, was found on a stone dating back 7,600 years. There are the heavenly celestial Dragons, the weather dragons of the sky, the earth dragons of the rivers, lakes, and mountains and the court dragons. Dragons fly, control the weather, die and are reborn, and change shapes. The bones of the dragons, when found in lakes, rivers and on mountains, were used as powerful medicines.


This is the first dragon's story.
A creation myth told on wide stairs going up a huge white hall into the Chinese Gallery at the Asian Art Museum in San Francisco. This story is about birth and life ---> the yang and yin - the balance of the male and female within all of us.

At the beginning of time, there were no humans, no seas, no waves, no rain or winds; there was no sand or dirt, no plant or trees, no living animals. The universe was a turning mist swirling around and around.

The First Dragon, P’angu, died after creating China. He left the Dragons, the Phoenix, the Unicorn, and the Tortoise to deliver to the people P’angu’s dreams.