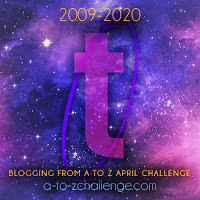 I like this tale. The flight of birds is the envy of people because of a bird's power to see the earth from high.

Today’s story is about a flying contest to pick a qualified Ruler of the Birds. The winner is not the biggest, strongest, or most powerful, the winner is the smallest and clever. What if this was a little female bird instead of a male as portrayed in the male-dominated literature of the 12th and 18th centuries, (just a thought), or, no gender.

Do we really know the gender of the Wren? The female lays the eggs. Both build and sit on the nest, both look for food to feed the chicks, The male and female Wrens look alike.


Wren Day, “The origin may be a Samhain or midwinter sacrifice and/or celebration, as Celtic mythology considered the wren a symbol of the past year (the European wren is known for its habit of singing even in mid-winter."  Wikipedia

“Wrann, Wrann, the Ruler of Birds” is the ballad.
Posted by BobbieTales